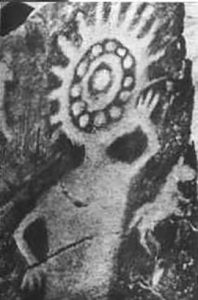 Empowering your Talisman is a key part to making sure it does the job you created it to do. A talisman is a very personal thing, what works for you is not necessarily the same thing that will work for someone else, using a ritual spell or affirmation bonds the energy creating a greater outflow than the individual or talisman can on their own. You are a living being and when you bond your energy to an inanimate object you are giving it a life of its own beyond the sum total of its parts.

This is a sample spell that you can switch up or change, you can use it as a guide to creating your own spell with the gods/goddesses/angels/animal totems of your choice.

*Metatron “one who metes out or marks off a place, a divider and fixer of boundaries”  known in Judaism as the Recording Angel or the Chancellor of Heaven. Metatron is also fabled to be the angel created by the transformation of Enoch from man to angel, and then giving the building blocks of sacred symbology back to man.

Using symbols can be very helpful, planetary, astrological or energy symbols all carry with them the ability to enhance the properties of your talisman. The Ta Ku Rei is specifically set the task of enlivening inanimate objects giving them an energy of their own. One draws or etches the symbol attaching it to the object and then holds the symbol and the item in their mind while allowing the draw of energy from the universe to run through their hands. Pretty good stuff if you have learned how.

Cho Ku Ret as a symbol can be placed Into any object at all for ongoing use and to allow something to project energy that is not naturally available to it as an expression.